A glimpse at CastAR 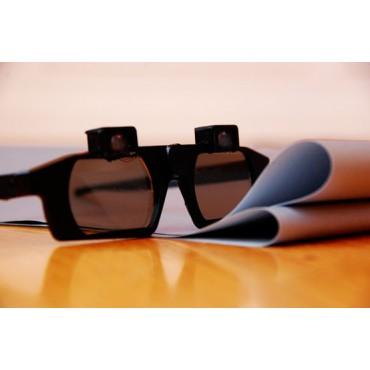 The best thing about CastAR?  It's first real application is with board gaming as demonstrated in this video taken at last week's CES trade show in Las Vegas.  A few more glimpses of this can be seen in this promo video used with CastAR's recent and abundantly successful kickstarter campaign.  Check out the fantastic D&D example at around 3:15.

If you can't get enough of castAR please listen to an amazing interview with Jeri and Rick at www.ARdirt.com/36   They describe the latest greatness on their kickstarter project and what lies ahead for 2014 and beyond.