Oh Ghomeshi... *facepalm* #1: A cultural gathering rivaled only by... the United Nations. But bigger. More relevant. 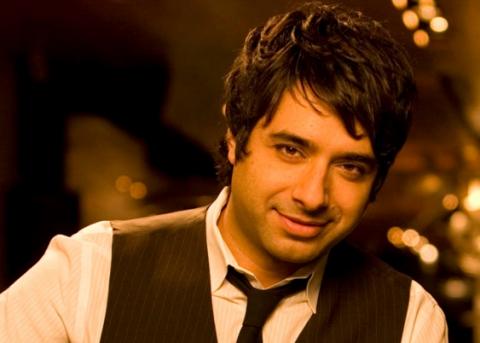 Jian Ghomeshi is a Canadian broadcaster, producer, writer and musician who hosts the radio program Q which broadcasts daily on the Canadian Broadcasting Corporation Radio One. Prior to Q, Ghomeshi hosted other arts-focused programs, including CBC’s >play and on the Toronto edition of Canada Now.  During the 1990s, Ghomeshi was a member of satirical folk-pop band Moxy Früvous. Via his production company, Jian Ghomeshi Productions Inc, Ghomeshi manage(d) various artists including, formerly, Martina Sobrana and Juno Award winners Lights. Ghomeshi’s literary debut is the autobiographical 1982, about that year of his life.

Yesterday (Thursday June 12) was the first day of the World Cup, so Jian’s opening monolog was about that and was pretty much a “why can’t we just get along” response to the rampant corruption, human rights abuse, displacement and murders currently taking place in Brazil (Amongst many, many others, see this Guardian article and this one over at VICE for some of the background). To Ghomeshi:

“Amidst all the legitimate concerns over overdone budgets, corruption, misdirected funds, and all the fears that are circulated about logistics and labor, and all the protests and the scourge of poverty. Amidst all these things that are real and not to be ignored. Amidst all that, can we simply say, it is time. Time to come together for some football.”

The total best part though is at 1:40 where Jian just lays right into it.

“And so begins a month of the game at its very best. Its most inclusive. Every continent inhabited by humans is being represented. A cultural gathering rivaled only by the Olympics. Or maybe the United Nations. But bigger. More relevant. More exciting… There is nothing that compares to it.”

And that’s the moment. That gold moment of pure Ghomeshi where he’s gone over the edge. Because screw the United Nations, this is the World Cup! And of course, he kinda realizes, on some level, that he's gone over the edge, so at the end of his editorial, he pulls back and adds the caveat that:

“With any luck, nobody gets hurt… And yes, we do need to be mindful of the various social questions raised by a massive sporting event like the world cup.”

And that’s his lead into the first part of his show. He then interviews David Goldblatt, author of Futebol Nation and the two have a nice back-and-forth about the game, and rather than talk about the significantly oppressive context to the World Cup in Brazil and the emergence of a social movement which is again being extensively documented elsewhere and so I'm assuming they know about it? But instead, they mostly talk about this “beautiful game” that they love, and what it represents to Brazilian culture and identity.  Goldblatt does acknowledge at the 14.10 mark that there’s a good reason why soccer’s being backed by the Brazilian government as a “bread and circus” approach to social control, but they gloss over it mostly, and again, there’s that takeaway that they hope nobody “gets hurt”.

And the whole thing just leaves you with a WTF moment, because again, these are smart people who probaby (hopefully) do research before they go on air and should therefore know that a "let's hope nobody gets hurt'" doesn't really work given that many, many people have been hurt so far. And from his weird intro, Jian’s seemingly aware of the context but kinda decides to screw it and instead go his first hunch about the awesomeness of the whole thing.