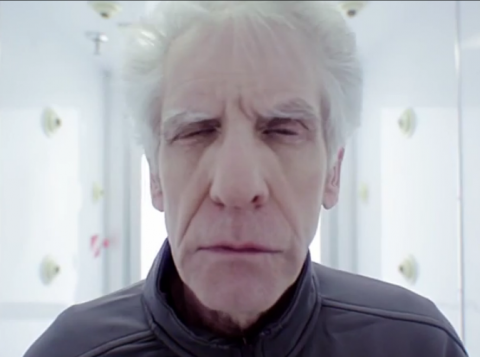 Looking for a reason to visit the big smoke?  The Toronto International Film Festival's Lightbox facility has just opened an exhibition of props, design pieces and ephemera drawn the work of David Cronenberg.  With a career that spans nearly 50 years and more than 20 unrelentingly unique feature films, the Director has ample ammunition to tickle your weird button.   A number of Cronenberg's films will be played while the exhibition runs, introduced by a variety of folks that have intimate ties to the films themselves.  There will also be a series of talks and round tables discussing individual films.  A complete schedule can be found on the TIFF website.

A somewhat underwhelming companion the exhibition: body/mind/change, an immersive online narrative that has unfortunately been built out using Flash.  Why a dying and restrictive technology was used to develop this application when viable and more flexible alternatives such as jQuery exist is beyond me.  Sadly, it's not, as a Linux and Android user something that I'll be able to experience for myself.