Turns out me and my bud (and local revolutionary educator) Layla AbdelRahim are both mentioned in Gabriel Kuhn's Soccer vs. the State: Tackling Football and Radical Politics (PM Press, 2011) which quotes an article on anarchist soccer from the McGill Daily. I'ma order a copy! From the PM Press website:

Soccer has turned into a multi-billion-dollar industry. Professionalism and commercialization dominate its global image. Yet the game retains a rebellious side, maybe more so than any other sport co-opted by money makers and corrupt politicians. From its roots in working-class England to political protests by players and fans, and a current radical soccer underground, the notion of football as the "people's game" has been kept alive by numerous individuals, teams, and communities.

This book not only traces this history, but also reflects on common criticisms: soccer ferments nationalism, serves right-wing powers, fosters competitiveness. Acknowledging these concerns, alternative perspectives on the game are explored, down to practical examples of egalitarian DIY soccer!

Soccer vs. the State serves both as an orientation for the politically conscious football supporter and as an inspiration for those who try to pursue the love of the game away from television sets and big stadiums, bringing it to back alleys and muddy pastures. 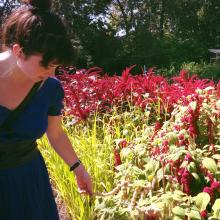 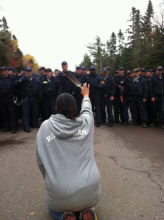 Heavily-armed RCMP troops recently faced off in Rexton, NB against members of the Elsipogtog First Nation and protesters invested in preventing the extraction of shale gaz from crown lands which some believe could lead to resource-fracking and extensive environmental damage.

Compounding the hugely disproportionate and aggressively militarized response to what was essentially a peaceful partial traffic blockage, there are now reports emerging of media arrests and the confrontation having been exacerbated by agents provocateurs. From the Media Coop website:

Participants in the anti-fracking struggle in New Brunswick have been stormed by an estimated 200 members of the RCMP, some dressed in military fatigues. The police raided the Rexton blockade where Mi'kmaq warriors and supporters are camped out against SWN Resources Canada Inc.

Our reporter Miles Howe, who has been covering the blockade since the spring, has been incommunicado for approximately four hours. We have received a report that Miles was arrested this morning. We are still awaiting first hand confirmation of his arrest.

Next week at 7pm on Friday, October 25th, I'll be participating in a free panel discussion about the future of the open web.  The panel is part of this year's DrupalCamp and will be held at UQAM in a mixture of French and English.  I'll be sitting alongside some good folks from organizations such as the Electronic Frontier Foundation, the W3C and FACIL.

The good folks at PM Press have, since 2009, been putting out two or three books a year in their 'Outspoken Authors' series.  Each volume typically contains a stand-out representative work from a given author coupled with one or two shorter essays or interviews.  I've read three of these so far and enjoyed each one immensely.  John Shirley's 'New Taboos' contains a clever extrapolation on the commoditization of the penal system.  'Surfing the Gnarl' reveals Rudy Rucker's thoughts on a new system for classifying fiction as well as a smeel-soaked short story that demonstrates Rucker's unbridled imagination at its very best.  Cory Doctorow's 'The Great Big Beautiful Tomorrow' weaves the author's renowned obsession with Disney into a rolicking tale that features both giant robots and a post-apocalyptic hive mind cult.
The short of it: I can't wait pick up a few more of these and carry on reading.  They're short but potent and therefore ideal reading for my daily commute.  The good news: Concordia's Co-op bookstore has the entire series on their shelves and ready for perusal/purchase. 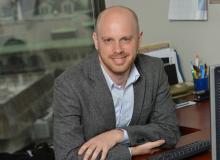 This is a bit of a shameless plug, but there's an article currently running on the McGill Reporter about One Day @ McGill, the newest component of the Personal and Cultural Enrichment program (PACE) which I run as part of my work at the McGill School of Continuing Studies. Developing this first slate has been a lot of fun and I'm very much looking forward to seeing this expand! I always smirk whenever I see this photo of me. It was taken just at the onset of my work at the university when we were in the thick of the Montreal Student Spring movement. During the photo shoot there was a demo going on and the photographer made what I felt was a pretty mean-spirited comment about the youth in the streets. We had a tense exchange and it made it hard to smile without looking like a dufus!

Jesse Brown, voice of the sorely missed Search Engine radio show and podcast has after a year and a half's absence unleased his new and independant media-criticism show Canadaland on unsuspecting journalists nationwide.  The first podcast episode offers up an eerily frank conversation with veteran CBC reporter Michael Enright.

*cue time warp music* Think 1970s or 1980s (latest 84’) country life…men wearing roundish thick-framed glasses that have a brownish opaqueness to them that make the eyes look much smaller than the actual lens....1970s cadillacs, and much older Soviet cars called ‘Ladas’ and even older Soviet cars called ‘Moshkvas’ in which you are cramped inside and the dashboard is full of strange Russian letters. The houses look the same- and are of the gingerbread variety…with intricate dots and dashes and curly cues around the edges, and story-book shutters on either side of the windows.

Lately, I've been engrossing myself in Jean Lave and Etienne Wenger's work on communities of practice - the informal, horizontal, peer-to-peer structures where learning often occurs by doing and where the doing is oftentimes connected to an applied commitment to citizenship. All sorts of fascinating spaces can be defined as communities of practice. Hackerspaces, anarcho-collectives, housing coops, alcoholics anonymous, zine distro networks... All of these incredible spaces are communities of practice. According to Wenger:

Communities of practice are groups of people who share a concern or a passion for something they do and learn how to do it better as they interact regularly.

Here's a fairly succint video of Wenger talking about communities of practice in relation to identity production and engaging in the process of education.

Feelin' down?  Brighten up your day with this great video of Boston Dynamics' DARPA-funded BigDog robot frolicking on a beach in Thailand.  You got it--the innovative purveyors of all things things robotic, awesome and at least slightly terrifying took some time out for lackadaisical lollygagging in the Summer Sun.

Unfamiliar with Boston Dynamics?  Check out SandFlea and WildCat as well.