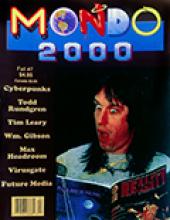 Inspired in part by Alex's epic and successful quest to collect the full run of Alpha Flight comics and also by my participation in a successfully funded but ultimately stalled kickstarter project, I recently decided to collect the entire run of issues for Mondo 2000 magazine.  For those of you unfamilar with Mondo it was an intermintently published magazine that ran from 1989 to 1998 and did a spectacular job of tying counterculture together with emerging and fringe technologies.   In just 17 issues the mondoids of yore managed to bring together an astounding array of unique individuals including:

I just found out from my bud Marisa of amazing Sherbrooke-based vegan cupcake providers The Cat & The Cupcake, that Sherbrooke is celebrating its first Gay Pride! Put on as a collaboration between three Sherbrooke-based LGBT organizations, the event will be held on Saturday August 24th and will feature live music, a BBQ and various other outdoor activities. My recollection of the times I spent in the Eastern Townships as a Bishop's University were in no-way-in-ever associated with either vegan cupcakes or open celebrations of sexual diversity. Back then, the predominent cultures of beer-and-football seemed mightily hard to buck, so this is all kinds of awesome to see. From the event press release:

This weekend, the SenseLab research team, based out of Concordia Univ is using food, bikes and tek to promote the sharing of perspectives between cultures at the intersection of three Montreal neighborhoods. From The Montreal Gazette:

Through Three Mile Meal, its public event this weekend, SenseLab is inviting people in three adjacent neighbourhoods — Outremont, Mile End and Park Extension — to explore their curiosity about each other through artistic and social means. The event takes place over three days at three sites, where three versions of bread — challah, dosas and crêpes — will be served by members of Friends of Hutchison in Outremont and community leaders in Park Ex.  - August 21st. Read the Rest. 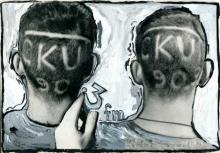 So last year I won a prize after I pledged to the CKUT funding drive. I got a Music Lover's package which entitled me to gift certificates to three record stores in Montreal. It made me realize that ever since I stopped running the record label about five years ago, my interest in new music has sorta wanned. So, cruising on the excitement of the win, I decided to get into it again and figured I'd commit to purchasing an album a week. The rules I set for myself were that I needed to first make my way through the certificates I got after which I had to prioritze getting albums at local stores. Albums need to be on vinyl and in as much as possible need to be purchased used and/or by independent artists. Of course, I'm allowing myself to break the rules whenever I feel like it as long as I have a rationale for it. My first purchase was Mudhoney's 1989 self titled album.

It's a satisfyingly crunchy record that took me back to yesteryear and got me thinking about the aspects that I loved, and loved-somewhat-less about Seatle grunge. It's been twenty odd years for me since this would have been a current release and I'm glad I've made my way to it, via Mudhoney precursors such as Blue Cheer, the Stooges and the Dead Boys. 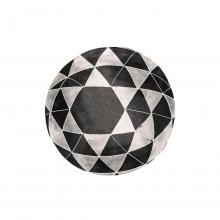 So after taking a bit of a hiatus, High Alert is back with a new format. Rather than spend a whole lot of time coordinating our schedules in order to produce a podcast that only came out once in awhile, we've decided to shift it up and use the site to host a blog on which we can share our ideas and inspirations as they come up. We think this will be way more gratifying for us and for you both.

Probably more for us, actually. 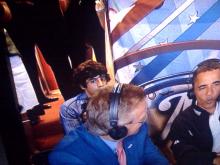 With the American election looming, T-bo speaks to author and documentarian Arun Chaudhary

Episode 3, the art of sharing considers the issues, ethics and politics of file sharing and art. Hot Water Music bassist Jason Black reflects on coming to terms with the ethical boundaries of file sharing and how it in turn has affected the punk rock community. Author Kathleen Winter reflects on the social significance of art and shares her experience with finding her novel Annabel being distributed online. UK rapper Dan Bull provides perspective on responding to the legal consequences of file sharing and on coming up with new ways to create community with his fans.

Episode 2 looks at new maps to guide us, examining the socio-political and psychological impact of maps and mapping systems.  Radical geographer Esteban Kelly discusses maps as implements of social change and suggests a critical approach to map interpretation.  Reality hacker Antero Alli guides us thtough his expanded theory of the 8 circuit mind.

High Alert’s first episode looks at the topic of “Living First, and working last”. According to the World Health Organization, in 2020 depression will be the second cause of disability, behind heart disease.  Economic upheaval has removed or reduced financially security for millions of people world wide.  This begs the question: what meaning and value does work bring to our daily lives?