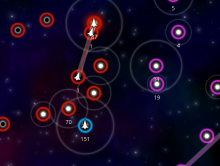 So I've been off on a pretty awesome tangent for the last week or so playing an online "boardgame" called Neptune's Pride 2: Triton.  It's a compelling strategy space game that's heavy on intrigue and diplomacy, but its greatest attribute by far is its speed, or lack thereof.

You play the game as the ruler of an interstellar empire accumulating resources and vying for control of a galaxy with 7 or so other players.  As you send your ships off hurtling through hyperspace on various attack vectors you quickly discover that:

In short, you play this game over several weeks at a leisurely pace that requires only a few minutes of actual effort in any given day.  Requiring both patience and foresight, it is a slow-burning pleasure that is hard to beat. 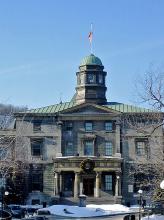 I just came across this post on Jezebel and it just about killed me from awesome. A Pennsylvania shelter started a program that's seeing kids come in to practice their reading skills by reading to cats - thus allowing the felines to get better at socializing with humans. It is so sweet and awesome and I hope that every shelter starts this up.

As the public hearings into the “Charter of Quebec Values” slide from the ridiculous to the disturbing, and from there to the utterly absurd with talk of deporting Mormons and banning zombie walks, let’s pause to remember where this is all coming from. No, it’s not just the PQ looking for the “winning conditions” for a majority government.

I'll be appearing as my alter ego A Montreal Paul at the Cagibi this Friday (Feb. 14 - feel the love!) opening for Alden Penner at the Montreal launch for his album "Exegesis"
You can hear it at www.aldenpennersongs.bandcamp.com

Oakland, CA community organizer Dannette Lambert wrote this article about how not to contribute to gentrification in her city. And while it's written from the perspective of someone in Oakland, this applies to pretty much everywhere else where a neighborhood that wasn't all that popular suddenly becomes super popular and then condos and pricey bistros and so forth.

I currently live in Pt St Charles, QC and man does some of this stuff resonate.

Okay, I'm pretty left-wing I guess, but by temperament I consider myself to be a moderate, reasonable kind of guy. I'm not one to throw the baby out with the bathwater. You could even say I'm a bit "conservative" in some ways. I hate it when they move the furniture around in the office where I work, just when I was getting used to the way it was after the last time they moved things around....but I digress. It seems my opinions about the tar sands make me a dangerous extremist, according to the Government of Canada. You see, the Harper government and the pro-tar sands lobby (virtually indistinguishable at this point) have been portraying opposition to tar sands development as the work of foreign-funded "radical groups" bent on destroying our economy (to which all I have to say is this: “MWWAHAHAHAHAHA!”). To them, the imperative of extracting and distributing oil overrides all other considerations: treaty rights, human health and safety, even the right to dissent without being accused of treason by the Canadian state. Oh, and the future survival of the human race on Earth. All of which, I have to say, sounds pretty extreme to me. 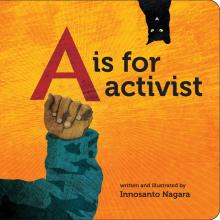 On Wednesday Feb 12, I'll be moderating a conversation for the University of the Streets Cafe program at Concordia University. It'll feature luminaries sharing their thoughts on connecting parenting to social change. Come one, come all! It's taking place at La Tasse Gamine, 5658 Ave du Parc. Free event that starts at 7pm and runs til 9pm. 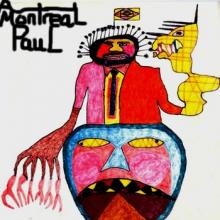 Our friend Paul Beaulieu is going to be doing some blogs for High Alert. I first met Paul years ago when we were both involved with Montreal youth-rights organizations Head & Hands. Over the years, we've played anarchist soccer together, were in a band (Best Friends) and have shared laughs and stories over many a fine meal. Paul's also an accomplished singer-songwriter under the monicker A Montreal Paul- do yourself a favor and have a listen at his latest album, Awaiting an Awakening, filled with sweet psychedelic melodies. Note that the fantastic album artwork is also by him. 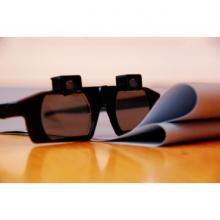